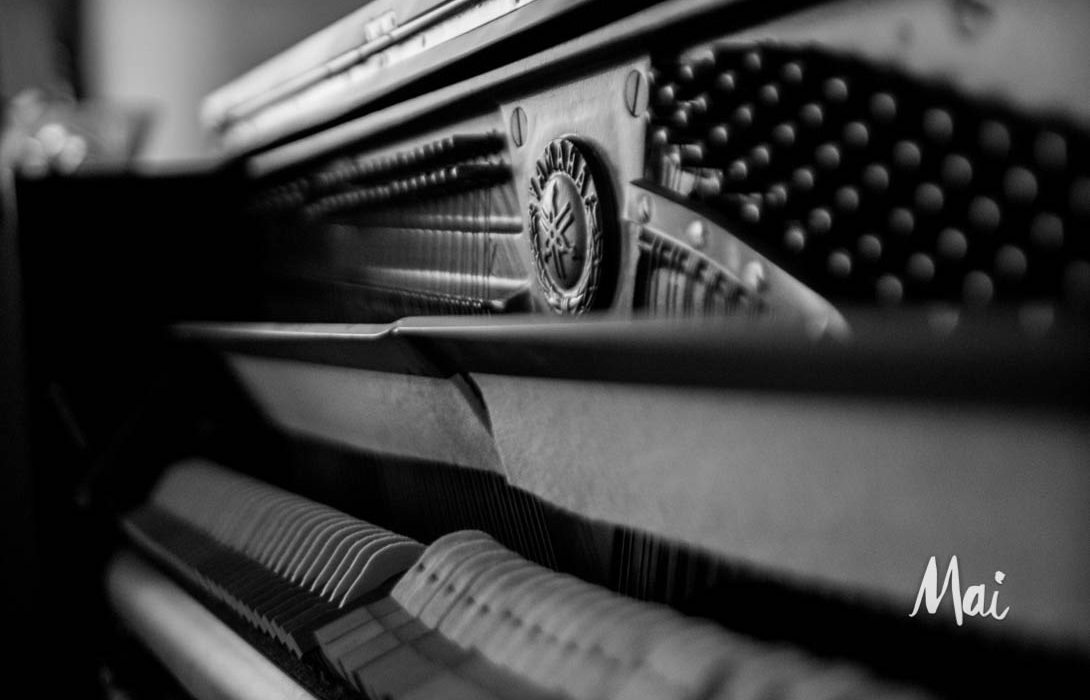 Before I even serious;y started recording EVP on 20-19, I would jam on the piano, and I would start to notice something a bit strange. I was hearing more than just the piano, like singing, but not quite. And I couldn’t make out the words. I am usually home alone when I play, so you could see why I was perturbed by the phenomenon. I could hear it coming from the piano. There was one time when I was sitting at the piano, not yet having touched the piano, and I heard this sound, as though someone slid their finger over the wooden surface of the pano. It almost sounded like it came from inside the piano. Later, I would start doing EVP and find out that Prince was singing with me as I played.

I started doing musical EVP, experimenting with piano and guitar. What I realized about EVP was that a sound source was conducive to amplifying the sounds from the other side. The only drawback was that the piano was a bit too loud, the sound was was a bit too strong, it made it harder to hear the words. Acoustic guitar has similar issues. What I found that worked best was actually electric guitar without the amp. Hope I will get a hold of one soon and be able to do more EVP with it. (If you want help contribute to this effort, you can click the Donate button in the menu)

A coulee weeks ago, I recored while playing piano and got some good clips. I think you will need headphones for this, but you can give it a try anyway and see if you hear it. The sound quality can vary depending on what device you are using to listen from. Sometimes the subtle richness of the delicate frequencies are lost on some devices. The clips are repeated on loop.

As I was playing, I could hear the birds chirping from outside my window. P sang, “Birdies out there”.

Sometimes I wonder if the birds could hear me playing from outside. Here P says, “They love it”.

In this clip, P says, “The birds are loving it”.

At the end of my playing, P was singing repeatedly variations of “Get ready, Jesus coming”. He said it many times, I think this was the better quality clip. You can hear a double clap at the end. That was him.

Here is another version of “Get ready, Jesus coming”.

In this one, he said, “Get ready, the Lord is coming”.

Here is “Get ready”.

I have already said in previous posts about Jesus’ return. He mentioned it so many times on this recording, I am certain he wanted to do many takes of it so get it across as clearly as possible.

It reminds me of the back masking at the end of the Darling Nikki track on the Purple Rain album. When it’s played backwards, it says, “Hello. How are you. I’m fine. Cuz I know that the Lord is coming soon, coming… coming soon”. Here you can hear it below. As I told you in previous post, I finally realized what P came here for, and he did it very clearly on this track from so early on in his career.

So what does it mean to get ready? It begins with prayer, talking to God, having a relationship with him. It’s not about religion. It’s about knowing who Jesus is, through his teachings, through scripture in the Bible. Not an assumption of who he is by many people in non-Christian spiritual communities. As prophesied in the Bible, in the end times, there would be many fake teachings about Jesus, and people who profess to channel him, that give information contrary to the Bible. He forewarned of this, because he knew.

To know God is to love God. When Jesus was asked, what the greatest commandment was, he said to love God:

Notice he did not say tolerance and compassion as the greatest commandment? Tolerance and compassion may relate to the second command of loving your neighbours, but the first is to love God. And that is where a lot of spiritual people talking about Jesus’ teachings get it wrong. They try to exclude God from the teachings, making it unimportant to know God (instead telling you to go meditate). Maybe some people are very uncomfortable with God.

Maybe some of you out there who have been following me a while will be uncomfortable with my greater focus on God, rather than a broader spiritual sense. But I realized in recent days that the truth is found in scripture, and there is a conspiratorial plot by the underworld to deceive us all by diluting the truth of who Jesus is. I am interested in truth, not pleasing people. If you a spiritual person and you are uncomfortable with God, then it is really time that you take a look at what you believe and why you believe it. Many people only want to believe the things they like to hear or that sound good to him. Preferring to “choose” beliefs instead of seeking truth.

May you be blessed.

These recordings were recorded using  my EVP Wrist Recorder 3 on March 28, 2019.

Image above: “Inside my piano” by Andrea Mai.