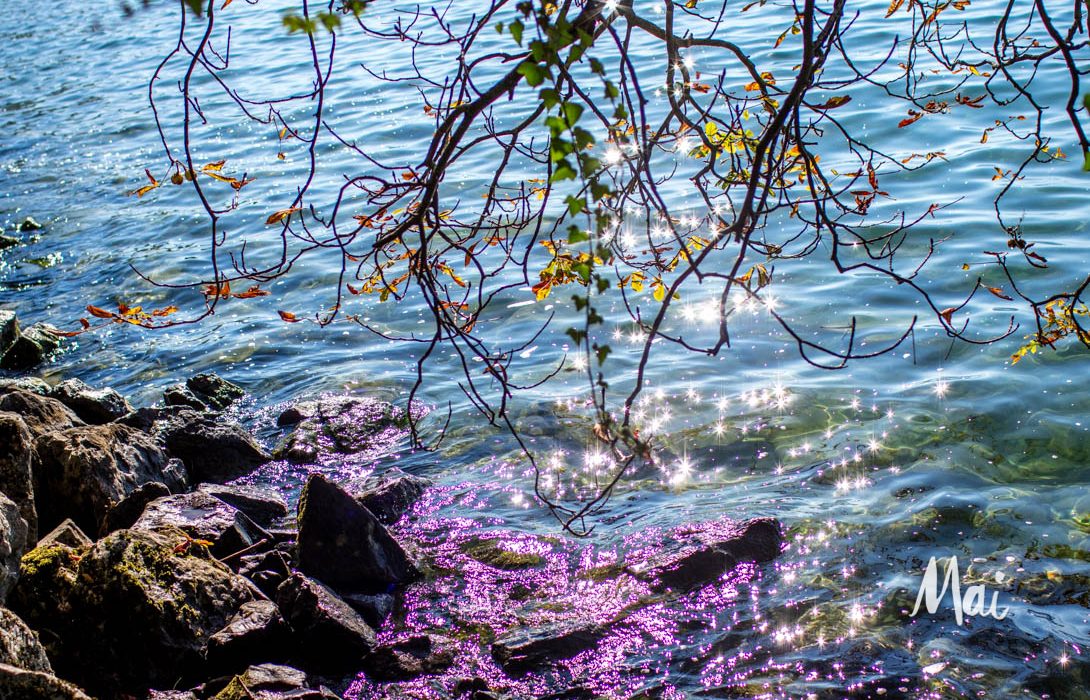 It’s April 21st again, and for Prince fans, it is a day where many still grieve his passing. I cannot say I share the same perspective, because that is the day when my life started to change in an unexpected way. It was not possible for me to mourn him, because his spirit was with me, all the time. The only thing I was be sad about, was the fact that he was not in a physical body. But everything else about him was still intact. His spirit lives on. I want you to know that. There is an after life. It is important how you live your life now.

As a remembrance for Prince’s musical legacy today, I’m sharing with you the meaning of the song, Purple Rain. Many people have long wondered what the meaning of “purple rain” is. It is actually not a huge mystery that people think it is.

Prince once said so himself what it is. He said in an interview;

When there’s blood in the sky – red and blue = purple… purple rain pertains to the end of the world and being with the one you love and letting your faith/God guide you through the purple rain.

He also made reference to a purple sky in the song lyrics for 1999:

I was dreamin’ when I wrote this, forgive me if it goes astray
But when I woke up this mornin’, could’ve sworn it was Judgment Day
The sky was all purple, there were people runnin’ everywhere
Tryin’ to run from the destruction, you know I didn’t even care

I would not be surprised at all if he did have a dream seeing a purple sky and seeing a vision of the end times. For people that are not familiar with the Bible, the term Judgement Day is referring to what is often called the Day of The Lord, the end times, or the return of Jesus. It is prophesied in
the Bible that Jesus would return after a period of turmoil and destruction. There would be major natural disasters, chaos, and unrest. There wold be strange phenomena happening in the sky. To know Prince, one needs to also know the Bible, as it has been one of his major influences on

his work. Many people try to ignore this fact. They would prefer to only think of him as a rockstar with funky clothes, and ignore that he always had God on his mind throughout his work, even in his early career, not just after his conversion to Jehovah Witness.

While there is no specific reference to blood in the sky in the Bible, there is a passage that says this;

Revelation 16:3 (NIV): The second angel poured out his bowl on the sea, and it turned into blood like that of a dead person, and every living thing in the sea died.

The water in the sea will turn to blood. If the waters turn to blood, would the rain become blood too? We have already seen strange things happening in the skies around the world in the last few years Even purple skies. And there have been reported cases of large bodies of water having turned blood red from all around the world.

But back to the song. It is made even clearer what Prince meant in Purple Rain, when he performed it for the New Years Eve special for 2000. Before the song, he said this;

Time. Time is a trick. How many birthdays did you have? One. You had one day of birth. You continue to count birthday, your mind gives up, and your body deteriorates. This is the trick of time. Man was never supposed to die, we were given everlasting life. By the creator. The Father of Jesus Christ. There is no other king. There is no other king, only Jesus Christ. Time is a trick, 1999, huh – I don’t think so. We could be in the third millennium perhaps. Might be 1492. Who knows. I don’t want to see you in the purple rain…

Then during the song, he did this variation on his lyrics, which makes it abundantly clear who he was talking about…

But what he said in his performance, we know that Jesus is the leader that he is talking about in these lines;

But what did he mean by these lines? Isn’t it strange he talks about laughing in the purple rain?

If you remember this line from 1999, “Tryin’ to run from the destruction, you know I didn’t even care”. He said he didn’t care. In fact, he is overjoyed, because he knows what it all means, that Jesus is about to return. The end of the world is a joyous occasion for those who understand the end times prophecy. It means that the evils of this world is about to end. This is why he said “laughing in the purple rain”. Because if you know what it all means, you are not scared, you are guided by God to get you through the challenging times.

It is also interesting to note that also on the Purple Rain album, there is the song titled, I Would Die 4 U, which is written in the perspective of Jesus. We know this because he mentions the word “Messiah”. Also worth noting is that the song Darling Nikki, at the end, there isa hidden message that was back masked. When you play that section backwards, it reveals a message that says, “Hello. How are you. I’m fine. Cuz I know that the Lord is coming soon, coming… coming soon”. You can ear the sound effect of rain and wind (maybe that is purple rain?), and at the end of the message, he laughs. Laughing in the purple rain? 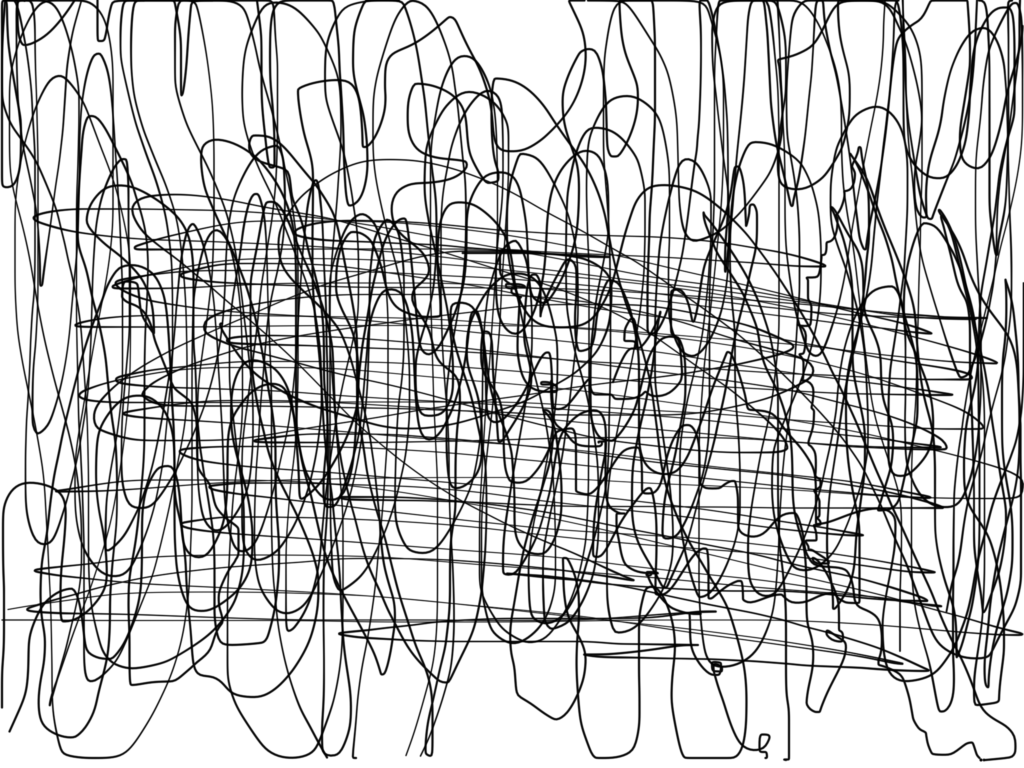 “Purple Rain” by Prince in spirit. ©2019 by Andrea Mai. All rights reserved.

I have heard it where, by a so-called medium who claimed to channel Prince, who tried to answer the question of what Purple Rain is about, and suggesting something totally different. Their answer to this question alone proves that they are not talking to the spirit of Prince. Other mediums have also made light of his faith in Jesus as  Jehovah Witness, alluding to a New Age perspective on the afterlife. Mediums who deny or try to discredit his faith shows that they are not talking to him. I assure you these are frauds. Not only do they deceive you about Prince, but they deceive you about who Jesus is also. The Bible warned of many who would deceive and be deceived in the end times. My metaphysical connection to Prince is real, and I prove it over and over. As I have shown you through my previous blog posts, Prince tells me about Jesus coming soon. We are living in end times. And we must become prepared for it through faith in God and letting go of this corrupt world.

I did this EVP to get his confirmation about what Purple Rain is about. He told me, “It’s about end time”.

And so I will leave it at that. I hope that when people remember Prince, that they not only remember his excellence as an artist, but more importantly, the messages that he had to share.

May you be blessed.

Image above: “Mystic Waters” by Andrea Mai. Prints of this photo are available for purchase. Contact me for details.